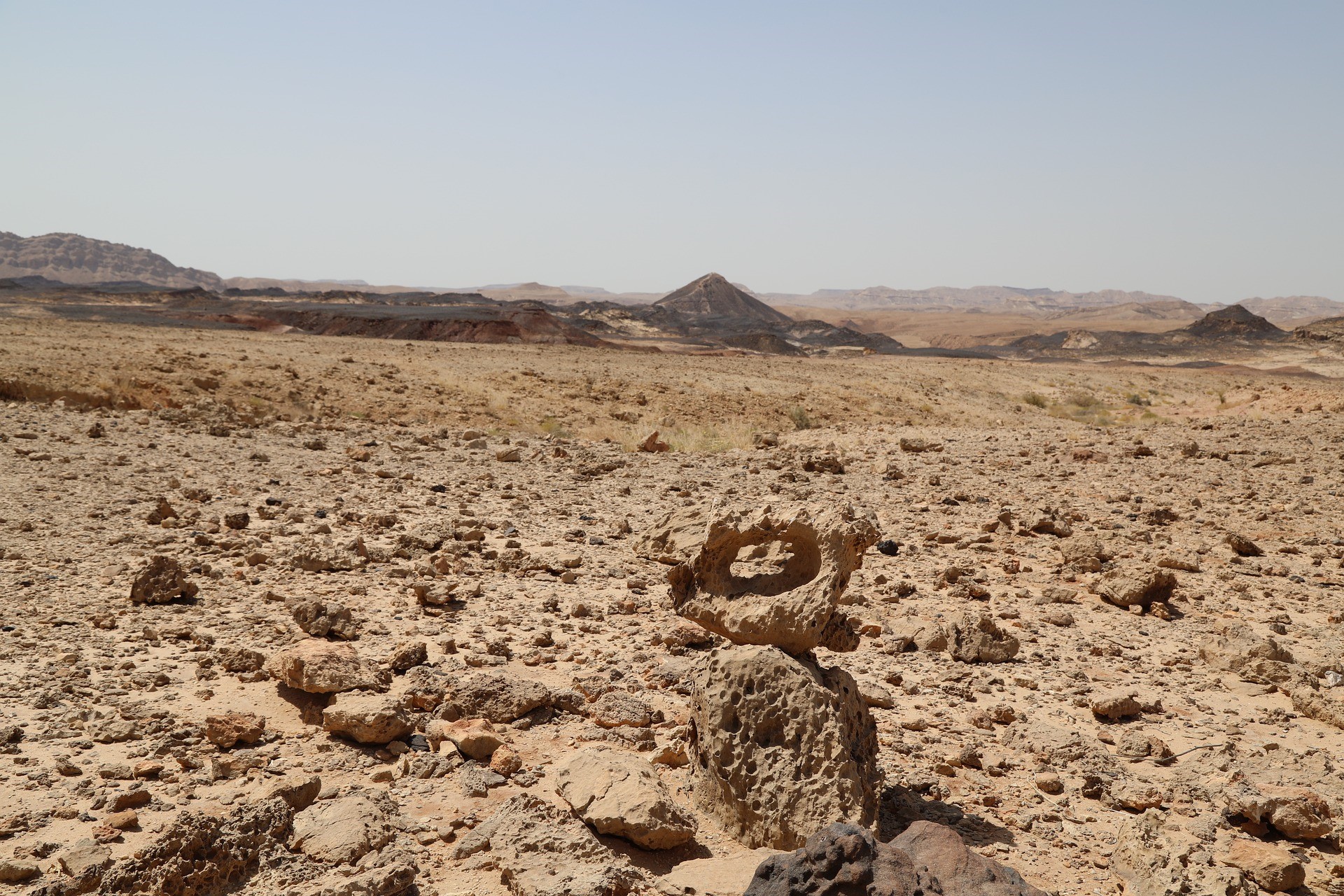 Do we live in a barren desert of despair? Or do we shelter in an oasis of calm? Our attitude often determines what we see and can achieve.

Travelers to Israel can visit both types of terrain, but it’s up to us to choose where we stay mentally. Dawn and Gil Millner are Jewish, and they love taking Christian friends to Israel to share the rich heritage. One of Dawn’s favorite places is the Dead Sea by the Judean Desert. “Nothing lives in the water because it is full of salt, which looks like piles of ice along the shore,” Dawn said. “Be sure you don’t shave your legs before you go in.”

Gil added, “The area around the Dead Sea is from the story of Gomorrah, meaning disaster.” He grew up in Israel and is fluent in Hebrew and English. He also is conversational in Arabic. He met Dawn in 1991 when he moved to the U.S. after the Gulf War.

Dawn described the region around the Dead Sea as just sand and rock. “There is no life. Everything is dead.” She marvels a few minutes away is the oasis of Ein Gedi with cool fresh water, waterfalls, ferns, and wild Nubian goats. “There’s such a dichotomy between the two places.”

In existence for thousands of years, the springs offer shelter from the harsh desert. According to Bible accounts, this area served as David’s hideout when he ran away from jealous King Saul around 1,000 B.C. When King Saul heard David camped near Ein Gedi, he “took three thousand able young men from all Israel and set out to look for David and his men near the Crags of the Wild Goats” (1 Samuel 24:1-2 NIV).

During the chase, Saul went into a cave to relieve himself, not knowing David and his men hid in the back. David had a choice. He could kill the man hunting him, or he could show mercy and trust God to render judgment in His own way. David crept up and cut off a piece of the king’s robe, then retreated back into shadows. Saul left unaware how close he’d come to death.

After Saul exited the cave and traveled a short distance, David stood on an outcropping and shouted, “May the Lord judge between you and me. And may the Lord avenge the wrongs you have done to me, but my hand will not touch you” (1 Samuel 24:12 NIV).

Considering David probably had a few hundred men and Saul had three thousand, that declaration was bold. To prove his honorable intent, David waved the fabric. Saul must have looked down in astonishment at his jagged hem.

David had an “oasis” mindset where he saw possibilities instead of destruction. He extended mercy. This act of compassion convinced Saul who responded, “May the Lord reward you well for the way you treated me today” (1 Samuel 24:19 NIV). Then Saul left with his army.

In the heat of stressful moments, look for an oasis of serenity. Trust God to guide you in a creative course of action that addresses conflict without violence.

This excerpt is from the prayer David’s son, Solomon, offered a couple decades later at the dedication of the Temple in Jerusalem: “And forgive your people, who have sinned against you; forgive all the offenses they have committed against you, and cause their captors to show them mercy…” (1 Kings 8:50 NIV). 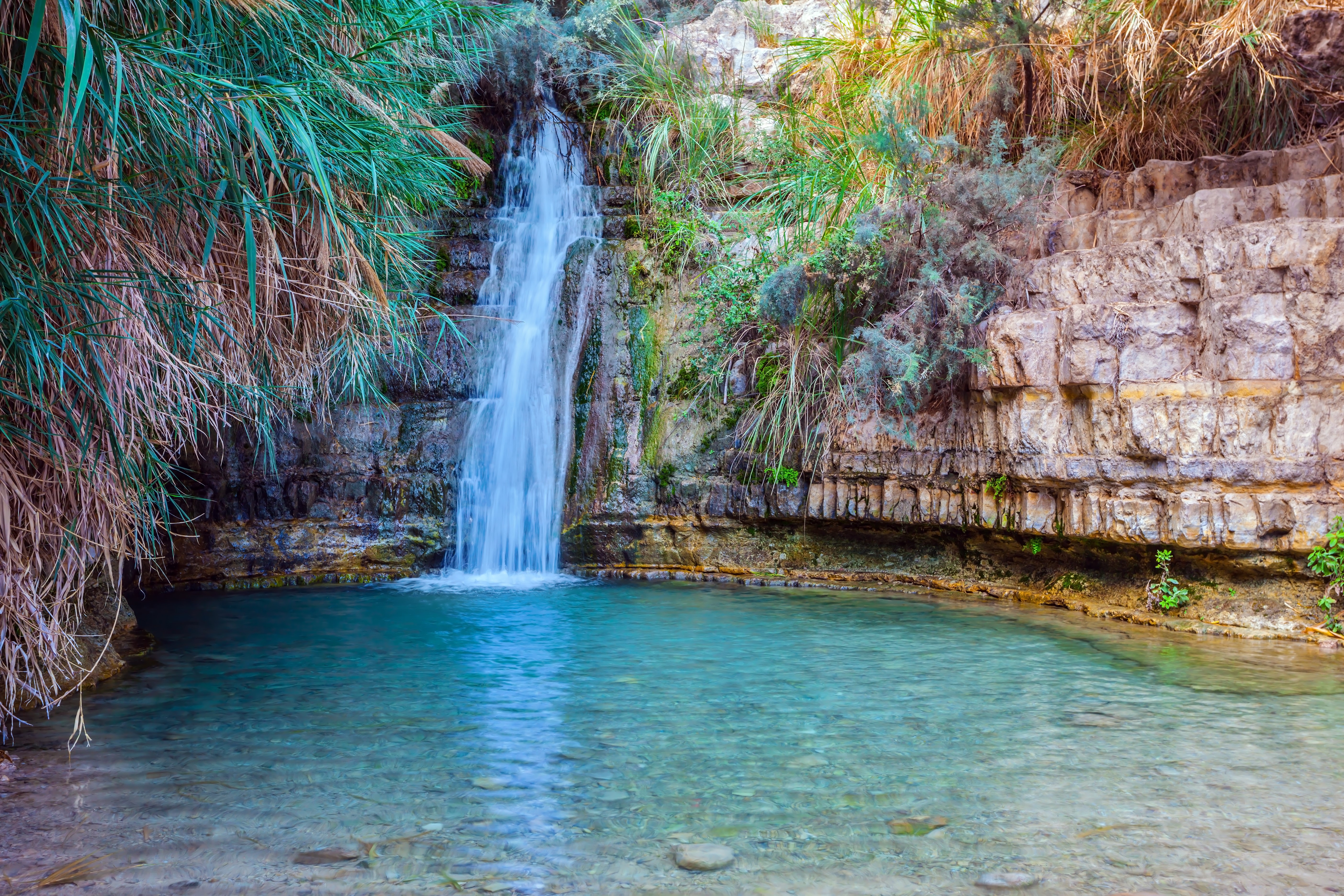 If you would like to view an interesting 9-minute video with scenery of Ein Gedi and animation about David’s story, go to King David and Saul in the cave of EN GEDI - Hebraic Roots teaching by Messianic Rabbi Zev Porat .