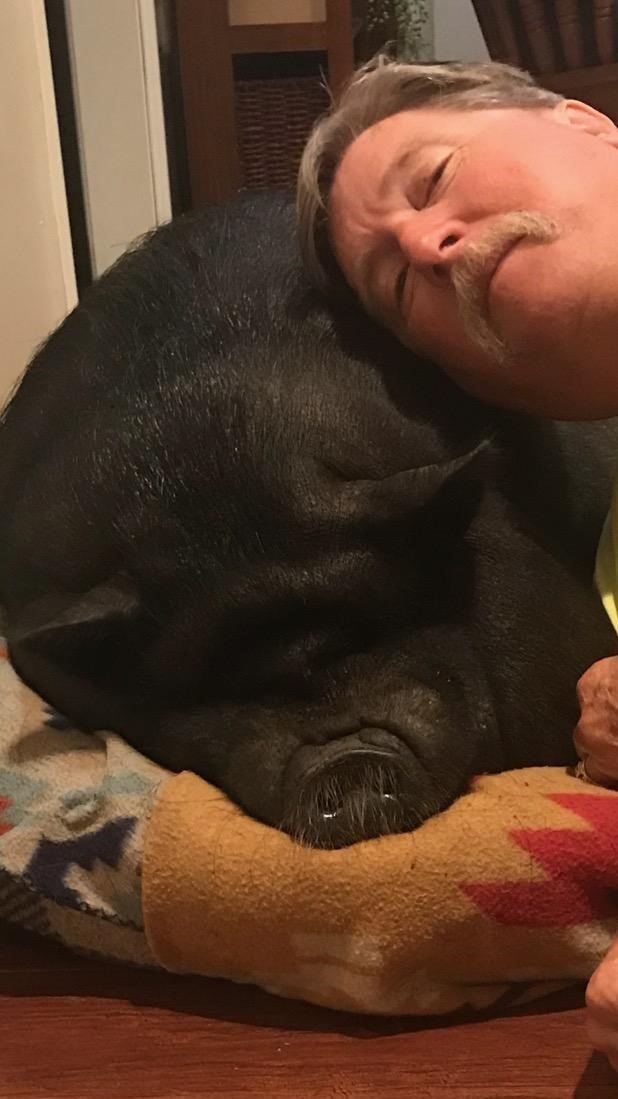 Some people have Dobermans or Rottweilers guard their home. Craig and Debbie Miley have a 250-pound boar. The idea for this unusual pet began at a festival a few years back when Debbie saw little pigs racing and swimming. “They were so tiny and cute,” she said. “They ate Oreo cookies for treats.”

She had to have one and found an ad for miniature pigs in 2017. However, when the couple visited the farm, they didn’t see what they expected. “There were babies everywhere. The one I looked at was in the back in the dark. He still had blood on him from being neutered.” There was no way she was leaving him behind.

Cradling the 3-pound, four-legged baby, she and her husband left. On the way home in the truck, they decided the pig needed a better name than plain “Philip,” as dubbed by the breeder. “We called him Bitcoin because we wanted him to be as lucky in life as the new cryptocurrency.”

Four years later, Bitcoin is indeed fortunate. He sleeps in the family den on a padded dog bed next to the Labrador he grew up with. He oink-barks and uses his snout to knock on the front door when he wants in.

Debbie tucks him in at night with a blanket and sings Bitcoin a special song whenever he gets anxious. Craig kisses Bitcoin’s whiskered snout each morning first thing, then feeds Bitcoin egg yolks and green beans for breakfast.

For Craig, the interaction in their family reminds him of God’s unconditional love. “He always wants to be with us.”

Seeing Bitcoin flick his ears and swish his curly tail makes the Mileys happy. “At that breeder’s farm, I knew Bitcoin was a throwaway,” Debbie said. “But we wanted him and brought him home.”

God will do the same for us. He takes us from dark places where we feel unwanted and establishes us as His. He cherishes us. He values us even when we don’t look attractive to others. He gives us His heart for all eternity.

“Do not store up for yourselves treasures on earth, where moths and vermin destroy, and where thieves break in and steal. But store up for yourselves treasures in heaven, where moths and vermin do not destroy, and where thieves do not break in and steal. For where your treasure is, there your heart will be also” (Matthew 6:19-21 NIV). 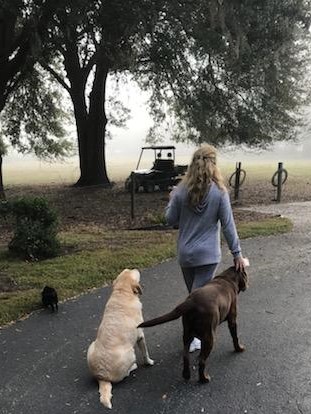 If you are interested in finding rescue groups to help re-home a no-longer “mini” pig, check out this link: https://americanminipigassociation.com/ampa-nonprofits/pre-loved-pigs-networking-adoptable-pigs-rehome/