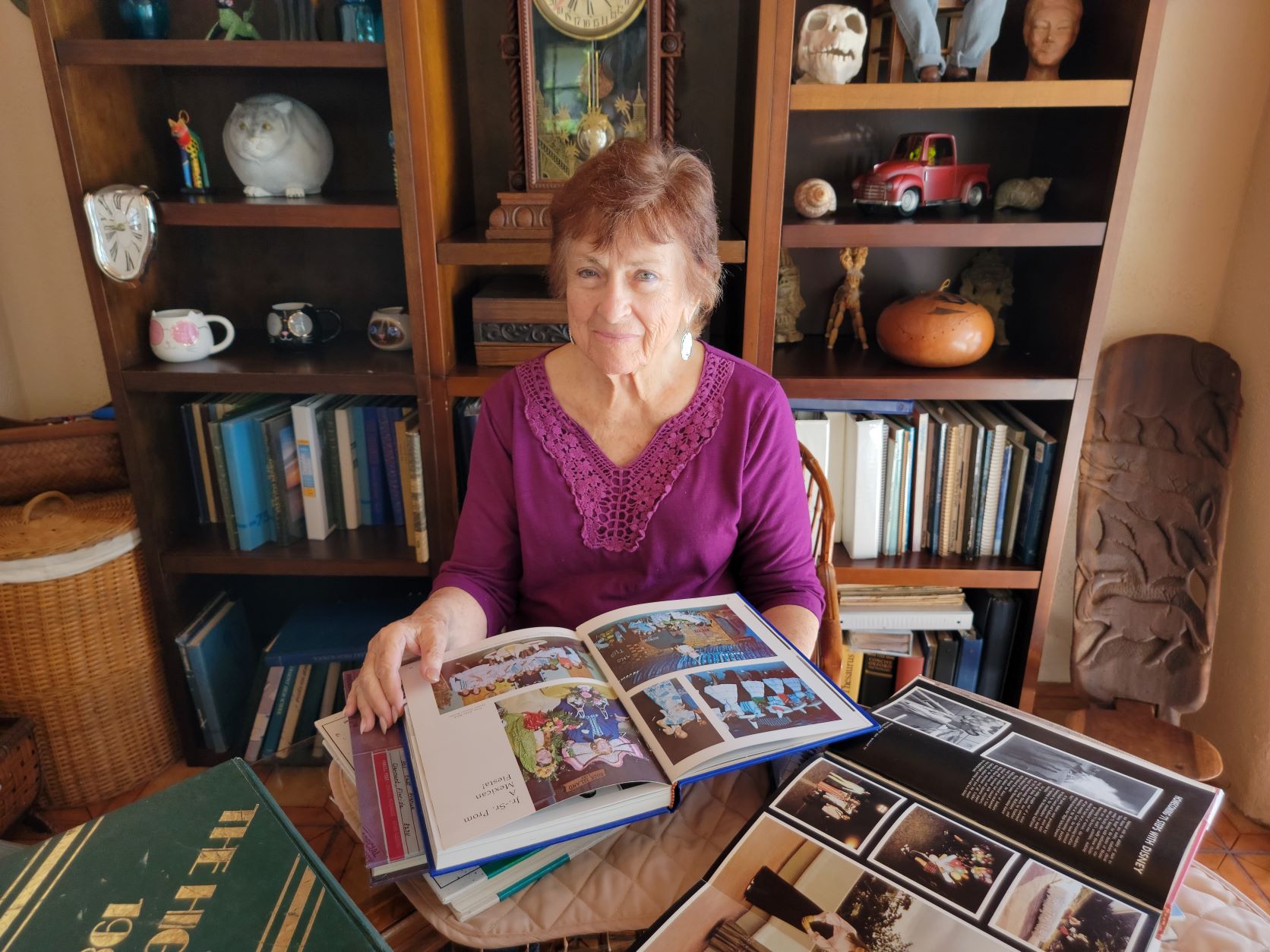 “Ma Bell” has had more than 4,550 children, but that is only an estimate. She served 30-plus years in Lake County, Florida public schools educating youth. Also known as Toni Bell Rescoe, the dedicated educator still works to make the community a better place.

“Toni has a passion for helping people as evidenced by her involvement in many service-oriented organizations in South Lake County,” said Rene’ Gaffe Ward (Clermont High Class of 1982). “She has a talent for bringing people together to support others in need.”

Ma Bell moved to Lake County in 1966 with her husband Richard. They traveled from New Jersey to help his parents relocate Bell Ceramics, a family owned and operated company specializing in porcelain doll-making with international distribution. Richard and her in-laws got the novelty business off the ground at an old produce plant on Lake Minneola (now the public boat ramp for the City of Clermont by Waterfront Park). Ma Bell began teaching at Minneola Elementary, which only had six classrooms. “I was excited to find one school that had central air-conditioning,” she said.

One year later, she had the opportunity to move to Clermont High School on East Avenue to teach language arts. Her principal surprised her at the first faculty meeting and introduced her as the new yearbook sponsor, creative writing teacher, and National Honor Society adviser. “I was in shock,” Ma Bell said. “I thought I was just doing English.”

True to her character, she didn’t complain. She leaned in to do what needed to be done. “It really was the kids that taught me how to do the annual,” she said.

From that first school year of 1967-68 to well into the 1990s, she has a yearbook on her bookshelf for each graduating class as a testimony to lives shared. Former students include a mayor, Newberry Medal winning author, corporate executives, a state official, career military officers, and one almost-admiral for whom she helped write references to the US Naval Academy.

The stability of residing in one hometown for 56 years offsets her childhood moves that occurred every few years across states. “My parents had the only radio in Mechanicsville, Virginia, where we lived for a time,” she said. “When we heard that World War II was over, my dad and I walked down the dirt road to tell all the neighbors.”

As a five-year-old, she learned a unique perspective on life from her dad who taught her the ABCs—but backward. “He used to take me down to the general store and have newcomers bet I couldn’t say the alphabet backward.” When she performed the task to perfection, starting with Z and rattling away to A, she received a soda.

But not all her memories are sweet. “When I was a sophomore in high school, my elderly parents told me that I was adopted and that I was going to Connecticut to visit my biological mom.” Ma Bell went silent a few moments recalling that shocking revelation. “While I was away, they put themselves in an old folks’ home.”

The new relationship with her biological mother didn’t go well, so Ma Bell decided to return to New Jersey and live with a girlfriend’s family. She supported herself working at a grocery store while in high school. Scrambling to make ends meet while still in her teens tested her mettle. She wanted to give up on the dream of college, but two sisters who were part of her school faculty wouldn’t let her.

“My English teacher and her sister, who was the guidance counselor, filled in applications for me and helped me get a scholarship to Montclair State University in New Jersey,” she said. “They told me I was smart and had to go to college. They paid for me to take the college entrance exam and even drove me to take the test.”

This recollection may explain why she made the extra effort to know her students on a personal level. She invited creativity in her classroom with student-led performances of Shakespeare, complete with costumes and props.

A former student and annual staff member, Jodie Judy Spears (CHS Class of 1981), now teaches at South Lake High. “Even today when I work in senior English classes as we read Hamlet, I have flashbacks of the tinfoil swords, crowns, and the plastic skull.”

Ma Bell also spiced up the drama by playing Cupid and casting roles of leading ladies with gentlemen she thought would make a cute couple. “Ma Bell played matchmaker all the time. Sometimes, she’d try to set me up with a guy in English, then to a totally different person during yearbook staff,” Spears said.

Two of Ma Bell’s favorite yearbook pictures capture her spontaneity and sense of fun. The 1969-70 annual featured John Monk jumping from a rope swing into Lake Susan so she could photograph the big splash. “I had him do it over and over again until the waves were big enough,” she said. “He didn’t mind.”

In 1971, the Clermont High School Homecoming Court took pictures with the backdrop of Cinderella’s Castle since Walt Disney World opened in Orlando that same fall. “The Bells were always so generous letting a bunch of high schoolers hang out for float building at the Bell Ceramics warehouse for the homecoming parade,” Spears said. “We twisted soooo many napkins to stuff in the chicken wire and had a great time hanging out with friends.”

Ma Bell went on to earn her master’s degree at Rollins College and finished her career as a guidance counselor at South Lake High.

“When I moved back to start teaching at South Lake High, Ma Bell was working there and remembered me,” Spears said. “She always had a smile on her face and to this day, she loves to spend time sharing about her life and wanting to hear about what is going on in my/our lives.”

Ma Bell opened new perspectives for many high school students in Lake County. “I wanted them to see art and experience a larger worldview.”

She remains active with Beta Theta Sorority, which is a philanthropic social and educational group. She also is organizing efforts to preserve history of the Clermont High Highlanders mascot at the Aurelia Cole Academy, which is under construction at the East Avenue location where the original high school opened in 1955. She contributed to the 2019 revised history titled Clermont: From Gem of the Hills to Choice of Champions published by the Cooper Memorial Library Association and edited by Doris Bloodsworth.

“Some of Toni’s best qualities are compassion, thoughtfulness, determination, and a great sense of humor,” Ward said.

“Ma Bell did not just impart knowledge but believed in her students and pushed us to the next level,” said Debbie Manning Langley (CHS Class of ’77). “We will always look back to our high school days with gratitude to her for touching our lives and making a difference in our futures. She is that teacher who will always be remembered and always be our friend."

Information about the Clermont Historical Society can be found at https://clermonthistoricvillage.org/.

A nice tribute to the impact teachers have is at https://www.languagemagazine.com/2019/05/04/a-timely-tribute-to-the-teachers-who-change-our-lives/.