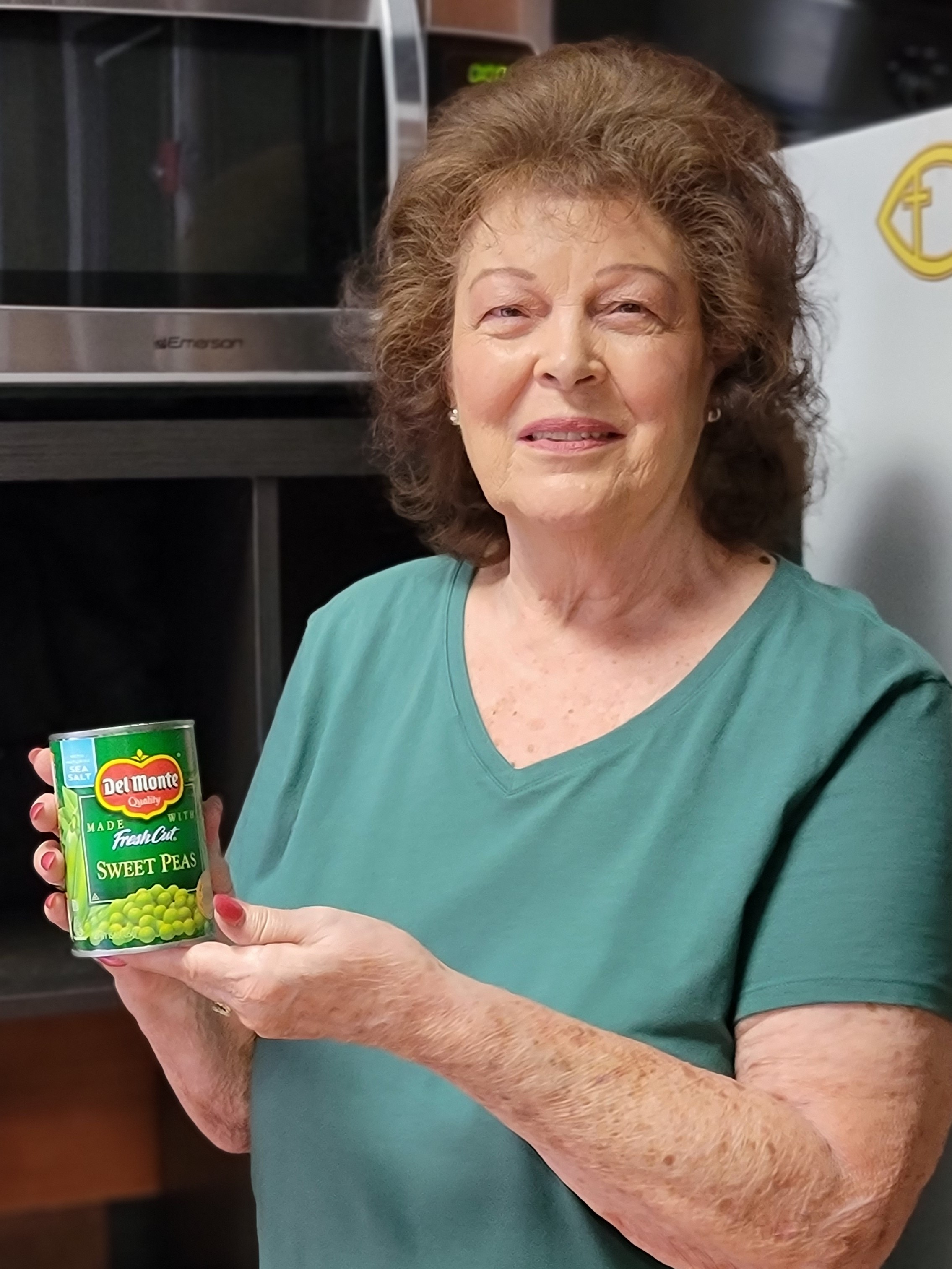 Sue Price remembers a time when her pantry held only one lonely can of peas.

One can of peas sat on the shelf. That was all there was left in the pantry.

“Everything was going, going, gone,” Sue Price recalled. Nineteen years old then, she racked her brain how to feed her mom, sister, and little brother. She assumed responsibility for the family after her dad’s health deteriorated.

“I opened the refrigerator and saw only condiments,” she said. “I was in panic mode.”

For months, the family had endured hardship. In February, Sue’s dad had a heart attack, but seemed to recuperate in March. Physicians encouraged him to exercise. In May, he had a brain clot and collapsed on a golf course.

“One day before finals in my first year of college, Mom and I rushed to the emergency room,” Sue said. “That was in May and a doctor flew down from Atlanta to do Dad’s surgery. After the procedure, Dad stayed in a coma until July when he passed away.”

Though relatives sent support, their monetary gifts dwindled. “Mom didn’t want to keep asking since family already had done so much,” Sue said.

Checks from her dad’s employer ended. Her mom, a full-time homemaker, knew nothing about the bills or finances her husband previously handled. Sue’s mom didn’t drive, nor did she know how to write checks.

Sue stepped up to help. She knew college might need to be sacrificed, but first, she had to figure out the food situation. Overwhelmed, she walked outside and slumped on the front porch. She cried, then prayed: “God, I don’t know what to do. Please help me.” Then she cried some more.

When the tears dried, she saw her Dad’s Chevy and her orange 1955 Ford in the driveway.  No need for two vehicles now. She made a cardboard For Sale sign and put it inside her dashboard.

Later that day, the garbage truck driver passed by on his route. He stopped and wanted to buy her car. The next morning, Sue met the man at her bank where the manager finalized the sale and handed her $500 to buy groceries and pay other bills.

“The first thing I did was ask for four quarters, so I could buy four gallons of milk for my little brother,” Sue said.

After shopping, she returned home to stock the shelves with a heart equally full of gratitude. Looking at the lonely can of peas, she said, “Now you have a lot more company.”

Other miracles occurred to sustain her. While in the hospital elevator with her mom discussing how to settle the medical bills, a lady who overheard the dilemma offered Sue a job. The kind woman then escorted Sue to the human resources office. That workplace also is where Sue met her husband of 58 years.